Why listen to the disgruntled voice in the team? 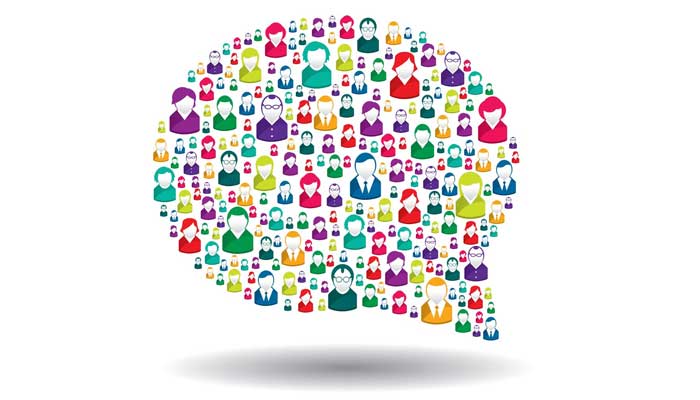 Messages from the system: Beyond the individual voice to the wisdom in the whole

Team coaching and facilitation needs to stretch beyond the individual and the infrastructure of a team and observe a team within its environment as a whole. Employees, teams, business processes and hierarchal structures create a sensitive ecosystem and we are always looking for measurements on indicators to help us optimise the whole. Effective team work needs to hold multiple perspectives. The first is on the individual, and understanding his or her impact on the team system, the second is a zoom-out to see what the team creates as a collective entity, and the third position is the awareness of the whole organisation as a system that is more than the sum of its complex parts. Quite often team coaching can focus in on the individuals in the team and their relationships, without necessarily seeing these in the context of the system. When someone in the team takes on the role of the disgruntled or angry voice, we tend to focus on the individual who raises the issues without considering the larger ecosystem.

The problem-child in the team

I’ve worked with clients where the “complainer” was seen as the problem-child, an irritation to be dealt with, a thorn in the side of an otherwise great team. In one client system the archetypal “disgruntled team member” showed up loud and clear in the middle ranks (the folks that usually feel pressure from both ends without the power to act or solve). Unlike everyone else on the team, he would confront quite openly (and very unskillfully, unfortunately). The leaders tried to silence him, claiming he was an exception “It’s only John, everyone else is happy”. John happened to lead with a preference for extraversion, so his expression of discontent could not be ignored within a primarily introverted team.

What wasn’t being said

I was curious. Here was a team that was largely silent, but in that silence was much unspoken unhappiness. A voice within that team system was shouting out for change, and had to push hard to break through the silence to change the unhappy status quo. This team had a lot to say but it was submerged, and therefore difficult to access. The disgruntled voice quite often makes us look at what’s not working. It holds up the mirror to an often-uncomfortable truth and expresses a longing or request for the benefit of the system. In John’s case, there were two truths that needed addressing: the leader’s extreme autocratic style and misuse of power; and the submissive role of the subordinates which enabled the dysfunction.

Focus on the team as an entity in itself

With a systems coaching approach we focus on building the team’s relationship systems intelligence, while also building individuals within that. This is initiated through the Insights Discovery Personal Profile and Insights Discovery model. Increased self-awareness and training on Insights Discovery allows John to understand that the manner in which he is delivering his message is not allowing it to be heard. This is due to the diverse preferences in the team. By creating awareness of different preferences and how to adapt to be able to connect more effectively with others, the true value of the different voices are surfaced. If we observe the preferences within a team we get a view of the team’s aggregate preferences which gives us insight into team’s use of the four colour energies. This process enables a team to recognise and work with the team’s unique energy, creativity and intelligence in resourceful and self-regulating ways. Learning to listen for the messages from the system is part of that. Get rid of the disgruntled voice, and someone else will step up to play that role in their own particular way.

When is a pipe just a pipe?

How do you know if it’s a voice of the system or just a disgruntled voice?

When the team system no longer needs that voice, John will either shut up – either subtly sanctioned by team members who no longer encourage it; or leave – by force or choice.

Systems are intelligent and generative, and when they can see themselves they can self-regulate.

So instead of us rolling our eyes at unhappiness, or hiding away from conflict, investigate! Systems are naturally intelligent and generative… they have their own way of letting us know when change needs to happen, and what that change might need to be. Let’s be CURIOUS because perhaps that disgruntled voice is a message from the relationship, asking for change and shedding the light on possibilities of future growth and development that taps into the potential of the entire ecosystem.

In this link, read about how an uncomfortable voice shook up the Uber system:

Tips on How to Motivate Your Sales Team.