What does the budget speech reveal for South Africa? 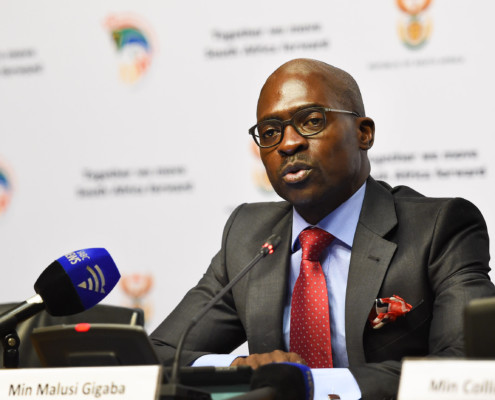 Things are looking bleak for the country’s finance

Minister Gigaba’s maiden budget performance left no cause for celebration in parliament on Wednesday. The biggest disappointment of the speech was the inability to present new initiatives or measures to inspire growth or cut government costs. The mini-budget displayed the government’s dilemmas, but no mention was made of a solution to where the money will come from, except hints at possible tax increases.

As there has been a mention of rise in taxes, South Africans should definitely prepare themselves for increases come February 2018. What was mentioned is that the current environment has no space for an increase in taxes.

There is an attempt at reassurance with statements like “a presidential task team will develop proposals to restore fiscal sustainability” but the usual rhetoric of radical economic transformation, contributions to transformation and inclusive growth, as well as a redistributive and progressive budget were also highlighted in the speech.

State-owned entities have put pressure on the government, presenting a major fiscal risk to the economy. But this week, two of these entities took center stage; South African Airways and the Post Office. Both companies will receive R8.5 billion in government funding, putting the country’s expenditure at risk of a R3.9 billion breach.

Silence still surrounds the big projects like the nuclear energy new build plan or the national insurance scheme. Statements will either be made later, or have been put on hold at the moment.

Find out which cities are most congested.

Read why you could be refunded if you a new Volkswagen driver.

Read about the man who flew over Johannesburg using a chair and balloons.