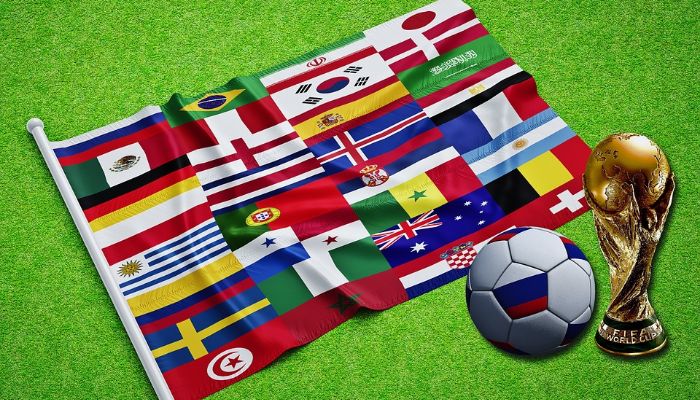 For the game. For the world.

With the football action across most leagues done and dusted, all eyes will be shifted to an even bigger spectacle – the 2018 FIFA World Cup. The World Cup kicks off in Russia on the 14 June.

Mzansi’s football lovers will, unfortunately, have to either be a neutral supporter or pick another horse to back, as Bafana Bafana once again failed to qualify for the prestigious event. However, Africa has five representatives who have been drawn in tough groups, but the world will be aware of the fight the African teams show when the stakes are high.

There is one thing the FIFA World Cup has never been short of, and that is a handful of upsets and fairytale endings. The best part of it all is that South Africans can witness all the drama without having sleepless nights, as coverage times of the matches are quite decent.

Round of 16
When the knockout stages arrive, we would be to determine who the favourites are based on their performances in the group stages. Kick off to the knockout stage will be on the last day of June, with two fixtures scheduled for that day.  The best of Group C will start proceedings by taking on Group D runners-up, before Group A winners take on the second placed team in Group B. Sunday, 1 July will see the remaining qualifying teams from both above mentioned groups, before teams from Groups E, F, G and H all battle it out in the two days that follow.

Coverage in South Africa
South Africans can prepare themselves for an overload of World Cup advertisement on their television sets, as both DSTV subscribers and non-subscribers will be able to watch the action in the comfort of their homes. The SABC will be covering 44 games live in different languages. Supersport will be covering all 64 World cup matches with channels like Maximo 1 and Maximo 360 giving us an option of Portuguese commentary.

It is time to get behind the five nations representing Africa: Senegal, Nigeria, Egypt, Tunisia and Morocco.

As Economic Growth Eludes, The Case For Investing In SA Is Not Clear Cut

The Opportunities Within Multimedia Master Classes