Will it be a YES! to the proposed changes to the B-BBEE Codes? 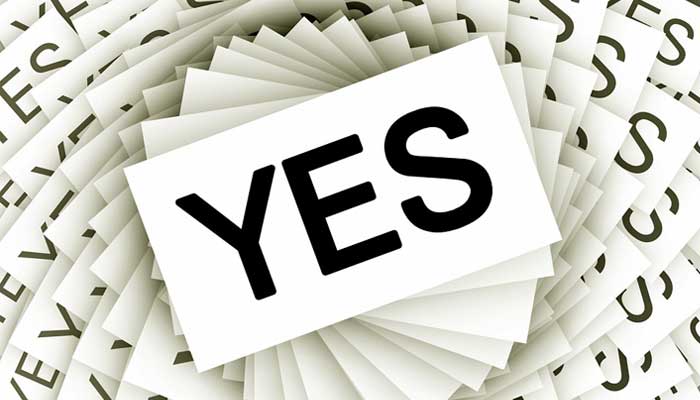 Earlier this year, the Minister of Trade and Industry, Rob Davies, proposed some of the most fundamental changes to the Codes of Good Practice on Broad Based Black Economic Empowerment (B-BBEE Codes) since 2013.

While these proposed amendments remain open for public discussion, it is important to unpack some of these to better understand their significance. These changes include:

• Clarification regarding the enhanced recognition principles in respect of exempted micro enterprises (EMEs) and qualifying small enterprises (QSEs);
• Large enterprises (R50million+ turnover) can now also qualify for enhanced recognition as is the case with EME’s and QSE’s;
• Principles for the measurement of unincorporated joint ventures (UJVs);
• Recognition for bursaries for black students at Higher Education institutions under the skills development scorecard; and
• Introducing job creation for black youth as a measurable target.

Allan Hannie, a Director in Cliffe Dekker Hofmeyr’s (CDH) Corporate and Commercial practice, says, “Although some of the finer details regarding the changes may still require some tweaking and possible corrections, there are some welcome changes proposed, particularly those that are intended to encourage job creation, employment and higher education funding.”

“The changes in respect of EMEs and QSEs are unsurprising given the B-BBEE Commission’s position on this. It will be interesting to see what the feedback will be on the proposed amendments and if they will stay unchanged,” says Batool Hayath, Associate in CDH’s Corporate and Commercial practice.

This proposed amendment is quite significant as it in effect would allow such large enterprises to achieve a higher B-BBEE status level based purely on them being at least 51% Black-owned or 100% Black-owned without having to make any contributions to other broad-based elements of the B-BBEE Codes. “While encouraging transformation in ownership patterns, this discourages compliance with all the other elements,” says Hannie. “This could then lead to a reduction in the current levels of B-BBEE spend by large enterprises on elements like enterprise and supplier development, skills development and socio economic development.”

Another welcome amendment is proposed in relation to the measurement of unincorporated joint ventures for purposes of B-BBEE scoring. The proposed changes are similar to those contained in the amended construction sector scorecard and now sets out the basis on which an unincorporated joint venture (comprising two or more legal entities) can obtain a consolidated B-BBEE verification certificate. This verification certificate will be valid for 12 months but will only be applicable to a specific project.

It is proposed that the B-BBEE scores (total points achieved for B-BBEE recognition level) of each joint venture participant will be weighted in accordance with each party’s proportionate share in the joint venture and then added together for a combined score out of 100.

Skills development expenditure on bursaries for black students at Higher Education Institutions is proposed as a separately measurable element of the skills development scorecard. The compliance target is 2.5% of the leviable amount (total employee remuneration paid) for four weighting points.

The 15% cap on legitimate training costs such as accommodation, catering, and traveling, will, however, not be applied in respect of the target for bursaries for black students at Higher Education Institutions but the current 15% cap on informal training and workplace learning programmes is proposed to be increased to 25%.

The revised formula for calculations based on the EAP targets indicate that the targets and points must be calculated separately for each sub-race category, and provides that the EAP targets must be adjusted to exclude white employees. The formula is more detailed but may be unwieldy and might need some clarification so as to avoid potentially incorrect and inconsistent application.

The other significant proposed amendment is the special B-BBEE recognition for participating in the Youth Employment Service (YES) Initiative which seeks to stimulate job creation among local youths.

A measured entity that participates in the YES Initiative must determine its YES target for new job creation based on various principles set out in Draft Statement 000, Code Series 000 of 2018. Entities that are unable to create a sufficient number of new jobs in order to meet the YES targets, may sponsor new placements in EMEs or QSEs.

Moreover, in order for a measured entity to be eligible for enhanced B-BBEE recognition through the YES Initiative, it must meet certain qualification criteria such as:

• It must ensure that it maintains or improves its B-BBEE status level that was obtained in the year prior to participating in the YES initiative;
• In the case of a large enterprise, in addition to scoring maximum points for item 2.1.1.2 (the new element for spend on bursaries for black students) on the Skills Development Scorecard, it must either achieve the (40%) sub-minimum for each priority element or an average of 50% across all three priority elements; and
• QSE’s must then also either achieve the (40%) sub-minimum for two of the three priority elements (one of which must be ownership) or achieve and average 40% across two priority elements (one of which must be ownership).

“If the YES target has been met or exceeded together with the percentage of absorption into the workforce of such individuals, a qualifying entity participating in the YES Initiative could move up 1 or even 2 B-BBEE recognition levels on the generic scorecard. This now creates another avenue for measured entities to achieve enhanced B-BBEE recognition” concludes Hannie.

Being Savvy about Office Politics