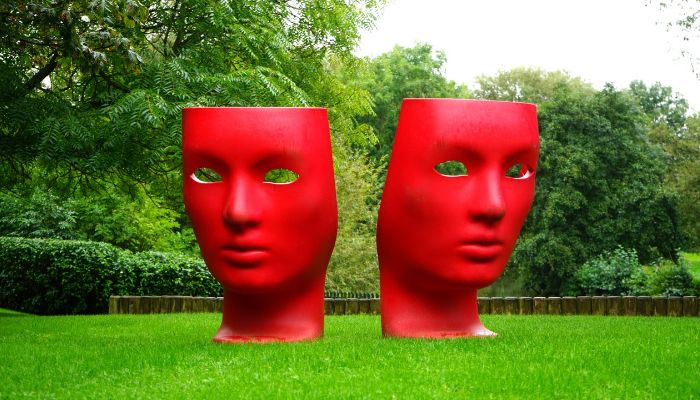 Although once known as “acne rosacea”, this is incorrect, as it is unrelated to acne

It is a chronic rash involving the central face that most often affects those aged 30 to 60. It’s common in those with fair skin, blue eyes and Celtic origins. It may be transient, recurrent or persistent and the colour characterises it.

What is the cause?

There are several theories regarding the cause, including genetic, environmental, vascular and inflammatory factors. Chronic exposure to ultraviolet radiation plays a part.

The skin’s innate immune response appears to be important, as high concentrations of antimicrobial peptides such as cathelicidins have been observed in rosacea. Cathelicidins are part of the skin’s normal defence against microbes.

Matrix metalloproteinases (MMPs) such as collagenase and elastase also appear important in rosacea. These enzymes remodel normal tissue and help in wound healing and production of blood vessels (angiogenesis). But in rosacea, they are in high concentration and may contribute to cutaneous inflammation and thickened, hardened skin. MMPs may also activate cathelicidins contributing to inflammation.

Hair follicle mites (Demodex folliculorum) are sometimes observed within rosacea papules but their role is unclear.

An increased incidence of rosacea has been reported in those who carry the stomach bacterium Helicobacter pylori, but most dermatologists do not believe it to be the cause.

Facial creams or oils and especially topical steroids may aggravate the condition.

What are the clinical features?

It results in red spots (papules) and sometimes pustules. They are dome-shaped rather than pointed and unlike acne, there are no blackheads, whiteheads or nodules. Rosacea may also result in red areas, scaling and swelling.

• Red papules and pustules on the nose, forehead, cheeks and chin often follow (inflammatory or papulopustular rosacea); rarely, it may also affect the trunk and upper limbs

• Sensitive skin: burning and stinging, especially in reaction to make-up, sunscreens and other facial creams

• Firm swelling of other facial areas including the eyelids – blepharophyma

What is the differential diagnosis?

It’s common to confuse rosacea with other facial rashes including:

These conditions may also accompany rosacea.

In most cases, rosacea is clinically diagnosed without investigations. Occasionally one needs a skin biopsy, which shows chronic inflammation and vascular changes.

What is the treatment for it?

• Where possible, reduce factors causing facial flushing.
• Avoid oil-based facial creams. Use water-based make-up.
• Never apply a topical steroid to the rosacea as although short-term improvement may be observed (vasoconstriction and anti-inflammatory effect), it makes the rosacea more severe over the next weeks (possibly by increased production of nitric oxide).
• Protect yourself from the sun. Use light oil-free facial sunscreens.
• Keep your face cool to reduce flushing: minimise your exposure to hot or spicy foods, alcohol, hot showers and baths and warm rooms.

Tetracycline antibiotics including doxycycline and minocycline reduce inflammation. They reduce the redness, papules, pustules and eye symptoms of rosacea. The antibiotics are usually prescribed for 6 to 12 weeks, with the duration and dose depending on the severity of the rosacea. Some cases require further courses from time to time, as the antibiotics don’t cure the disorder.

Sometimes a dermatologist may prescribe other oral antibiotics such as cotrimoxazole or metronidazole for resistant cases.
Anti-inflammatory effects of antibiotics are under investigation. They have been shown to inhibit MMP function and in turn, reduce cathelicidins and inflammation. The effective dose of tetracyclines in rosacea is lower than that required to kill bacteria, so they are not working through their antimicrobial function.

Disadvantages of longterm antibiotics include development of bacterial resistance, so low doses (eg 40-50mg doxycycline daily) that do not have antimicrobial effects are preferable.

Metronidazole cream or gel can be used intermittently or long-term on its own for mild inflammatory rosacea and in combination with oral antibiotics for more severe cases.

Brimonidine gel treats facial redness. Ivermectin cream was approved in the treatment of papulopustular rosacea in December 2014. We think it helps rosacea by controlling demodex mites and as an anti-inflammatory agent.

When antibiotics are ineffective or poorly tolerated, oral isotretinoin may be very effective. Isotretinoin is often curative for acne. Low dose long-term, sometimes for years can treat rosacea. It has important side effects and is not suitable for everyone.

Nutraceuticals targeting flushing, facial redness and inflammation may be beneficial.

Certain medications such as clonidine (an alpha2-receptor agonist) and carvedilol (non-selective beta blockers with some alpha-blocking activity) may reduce the vascular dilatation (widening of blood vessels) that results in flushing. Patients tolerate this treatment well. generally. Side effects may include low blood pressure, gastrointestinal symptoms, dry eyes, blurred vision and low heart rate.

Oral non-steroidal anti-inflammatory agents such as diclofenac may reduce the discomfort and redness of the affected skin. Although these are uncommon, serious potential adverse effects to these agents include peptic ulceration, renal toxicity and hypersensitivity reactions.

Some patients say that Calcineurin inhibitors such as tacrolimus ointment and pimecrolimus cream help with rosacea.

A dermatologic or plastic surgeon can successfully treat Rhinophyma by reshaping the nose surgically or with carbon dioxide laser.

Read more from our Press Room:
___
What is Psoriasis?
___
All About Pityriasis Rosea
___
What is Melasma?