Methods to Crack any Creative Block

By: Ayvel Media ABC OF BEE 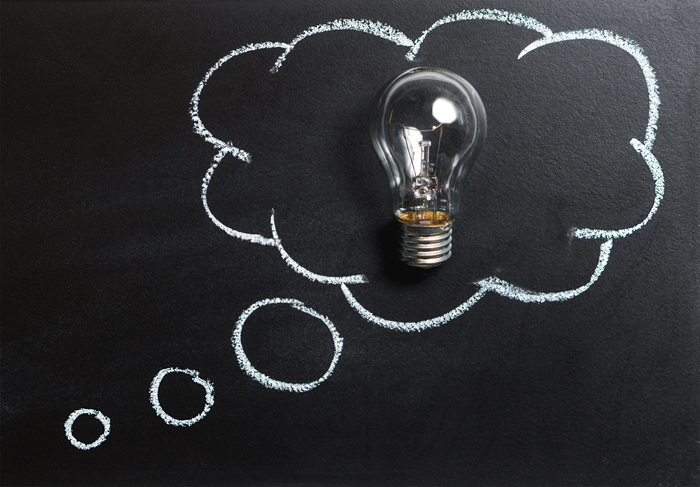 Being creative can be exceptionally demanding

You’re paid to come up with amazing ideas, campaigns and jingles but the problem is, the first few ideas are usually generic, the second batch is okay and the third isn’t quite there yet. It’s a process that we’ve all experienced, and because you’ll never know when the ‘big idea’ will hit, the stress usually causes a creative block.

For most of us, the creative process looks a lot like this:

We believe we hit these ‘blank moments’ when we’ve run out of inspiration or have lost the initial spark of the brief. However, when the creative block hits, it’s important to move out of this phase as quickly as possible.

Here are some creative methods that managers and creative directors can use to teach their teams to ‘hack’ the creative process, be more productive and come up with a lot of ideas quickly.

The SCAMPER method helps creatives think about a product or a service in a new way. It was introduced by Bob Eberle in his book SCAMPER: Creative Games and Activities for Imagination Development and has been adopted across creative fields around the world.’

Use each of the 7 elements to prompt you to think differently. For instance, if you had to substitute a foot scrub with something else, what would people be using? Would people suddenly have to start using dried out puffer fish to get the same result? Or sandpaper?

Alternatively, you can substitute the result: would you create a visual pun on the heel to make it look like a baby’s bottom?

The point is to play and have fun with whatever comes to mind, the more ideas you come up with and the less you judge yourself, the more likely you’ll find golden threads of thought.

There are various names for this method, but internally we just started calling it ‘the two-minute switch’ exercise because that’s essentially what it is. This method can be extremely successful in group brainstorming.

Everybody starts with a piece of paper in front of them and takes two minutes to write down as many ideas as possible that could answer the brief. Once the two minutes are up you switch and give it to the person on your left or right, and then they spend the next two minutes building on your ideas.

You keep switching until your paper makes its way back to you and at the end of the exercise you share all the ideas on your page – even the silly ones. You never know what creative genius they might spark.

3. THE MIX AND MATCH METHOD

This method is usually best for helping copywriters coming up with naming conventions, headlines, slogans, and pay-off lines. It really helps when there’s multiple messaging the client would like to get across in the campaign.

We start by creating two columns or more. One column conveys one idea, and the other speaks to the secondary idea.

For example, if we take a product that’s sweet but also a little spicy, these concepts would create our two columns.

I’ll use an existing Blue Dragon print ad done by JWT in 2015 to convey the power of this method.

Then you mix and match the columns and voilà.

Check out the rest of the series here: https://www.adsoftheworld.com/media/print/blue_dragon_sweet_chilli_sauce_electric_eel

Pixar is known for their creativity and craft. In fact, they probably set the bar for it. In one of their online classes about storytelling, they teach about the “what if’ exercise.

Pixar values the “what if” phrase because it takes the logic out of the creative process.

If you try it with a few movies you’ll realise how powerful this statement can be, and how crazy good ideas can sound sometimes.

These ‘what if’ ideas became the starting points for the movies Monsters Inc. and Lilo and Stitch.

Try these methods out for yourself next time you and your team feel stuck. Remember to have fun and get a little silly – the worst ideas need to come out first so you can get to the golden ones.

If your brand needs some creative assistance, don’t hesitate to contact us at ayvel.co.za.