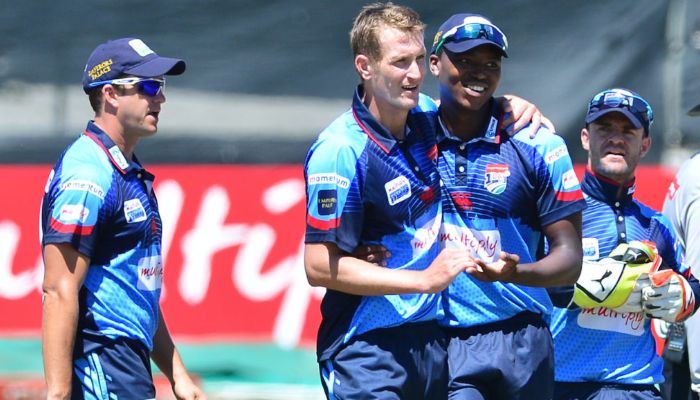 A shot in the right direction!

In good news for domestic cricket, Aucor has extended their contract as team partner for the Multiply Titans cricket team for an additional year.

Aucor has shown an invested interest in the development of local cricket in South Africa.  Not only have they maintained a positive investment in the Multiply Titans, but they also have an invested interest at a community level by supporting the local IPL tournaments being held in Durban and Lenasia.

“We are extremely proud of our association with the Multiply Titans and we look forward to continuing a successful partnership moving forward.  We hope to continue to invest in local cricket on both domestic and a grassroots level. We wish the Multiply Titans all the best in their new season,” comments Aucor Marketing Manager, Martin Sibanda.

Titans Cricket CEO, Dr. Jacques Faul, expressed his delight: “It’s really heart-warming when a sponsor renews their short-term contract into a long-term contract; it indicates that they are pleased with the value that they generate.  The Aucor team are very passionate cricket supporters, so it is great to welcome them on board for another season. We would like to thank Aucor for their continued support as we head into the new season.”

Aucor Ambassador and Multiply Titans batsman, Farhaan Behardien, added: “It’s a great partnership we’ve built over the past year. They came on board during a successful time for the franchise and they’re a very successful business; being Africa’s leading auction authority.  This upcoming season the Titans have to put the performances in and hopefully repay Aucor’s faith in extending their contact by one more year. And I hope the partnership continues from strength to strength.”

Aucor recently invited a group of aspiring, young cricket players from the Atteridgeville Cricket Club to attend the intra-squad match at Supersport Park.  The youngsters had the opportunity to watch the team getting ready for their upcoming season, a private tour around the stadium and they had the opportunity to meet and chat cricket with some of their Multiply Titans heroes:  Clive Morris, Tshepo Moreki, Aiden Markram and Junior Dala.

The Multiply Titans is a South African cricket franchise with its home stadium based in Centurion.  The Multiply Titans begin the defence of their four-day title on Wednesday, 26 September, when the Sky Blues host the Hollywoodbets Dolphins at SuperSport Park.

Get The Spring Back In Your Health