By: Imperial Logistics ABC OF BEE 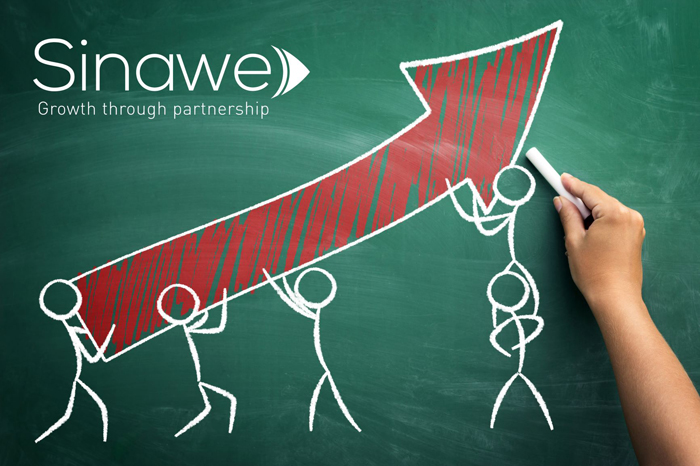 The supply chain and logistics leader established the fund to drive transformation and inclusivity in its supplier base. “Our aim is to ensure that Imperial Logistics’ suppliers are representative of South Africa’s demographics and to provide black-owned businesses in our supplier network with growth capital as well as business support,” expands Imperial Logistics transformation director Sibongile Zikalala.

The company partnered with SMME investment company the Awethu Project to identify and invest in beneficiaries that are well placed to leverage growth equity from the fund for real, sustainable, long-term growth, she says. Zikalala notes that the Sinawe Fund’s investment in equity in each of the businesses is an ESD approach that is encouraged in the Department of Trade and Industry’s new codes; but which is not usually the strategy that companies opt for.

“We wanted to do something different and powerful with the Sinawe Fund; something that is not usually done in BEE,” she states. “Companies usually give away low-cost loans or free money; often to suppliers on the periphery of their supply chain, not at the core of their business. This does not really affect the business. Our mandate to the Awethu Project was to identify Imperial Logistics suppliers that the Sinawe Fund could buy equity in. We wanted to make a genuine, impactful, sustainable investment in the future of these companies – not just give away money to score BEE points. If they grow, we – and our clients – will also benefit.”

Investee Engamanzi is a 51% black woman-owned transport company specialising in tanker transport for various customers, including Imperial Logistics and several FMCG manufacturers. Based in the Western Cape, the business’s routes include Cape Town to Port Elizabeth and Johannesburg; Durban to Cape Town; and Bethal to Tete in Mozambique. Engamanzi Transport was established in 2016. Zikalala notes that while the company’s earnings before interest, tax, depreciation, and amortization (EBITDA) were below the R5 million target specified in the Sinawe Fund’s criteria, a 26% stake was acquired in Engamanzi because the business has great potential to grow.

Sinawe Fund beneficiary Kagiso Tarpaulin & Net Manufacturers was established in Gauteng in 2008 by a former security guard. The black-owned business has since gone from strength to strength, according to Zikalala. The company manufactures tarpaulins, tautliners, cargo nets, branded curtains, cargo equipment, and trailer accessories that are an integral part of the freight and transport industry. It has rapidly grown to become a leader in the field, with Imperial Logistics as one of its long-standing clients. The company has plans to invest the 26% growth equity from the Sinawe Fund in large printing machines for tarpaulins, which will bring operating costs down and enable further business growth.

While many ESD initiatives focus on the development of only black-owned businesses, the Sinawe Fund has acquired a 51% stake in white-owned transport and logistics operator Canterbury Transport, to help this long-standing supplier achieve its transformation objectives, Zikalala explains. He notes that Sinawe Fund investees benefit from 100% black equity capital. In addition to enhancing Canterbury Transport’s black ownership, the deal includes bringing a new black manager onto the business’s team and training this new entrant for a leadership position. Canterbury Transport specialises in the supply of dedicated heavy-duty vehicles used in the primary distribution of goods between distribution centres as well as direct to customer deliveries in and around South Africa. The company is a dedicated sub-contractor to Imperial Logistics’ asset-light Managed Solutions business.

Zikalala says that Imperial Logistics’ Sinawe Fund is aptly named. “Sinawe” means “we are together”. “Our intention is to work closely with our investees, to offer business support, mentoring and skills development opportunities to help them grow their businesses. The fund will benefit the investees, Imperial Logistics and our clients in terms of real and measurable improvements in supply chain efficiencies, provided by competent suppliers that are representative of South Africa’s demographics.

Dementia is on the Increase in South Africa – Leaving Retirees Vulnerable

Even Duets Need a Body Corporate