The Environmental Cost of Printing 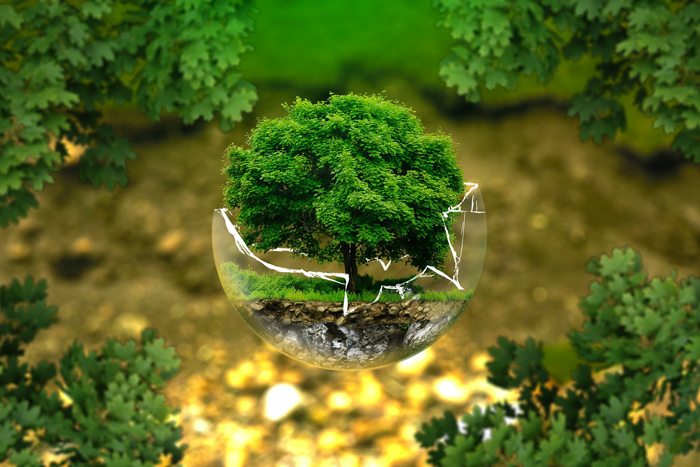 Our everyday printing activities, whether personal or business related, have a significant impact on the environment, which is not usually considered as we mindlessly click the “print” command

The consumables required for printing i.e. paper and printer cartridges, and the manufacturing and disposal thereof, are responsible for irreparable damage to the natural environment.

South Africa has officially made the top 20 of the world’s worst plastic polluters – we are ranked at number 11, worse than India, and the entire United States.

In South Africa, plantations exist for this very purpose. 600 million trees are grown over 762,000 hectares just for paper production and more than 260,000 trees are planted every single day. The problem is that these plantations comprise alien trees such as Eucalyptus and Pine which are thirsty trees that use between 30 – 64 litres of water per day, reducing South Africa’s water availability by up to 4%.  Not ideal in a water scarce country such as ours.  With this in mind, the paper manufacturing industry is the largest industrial user of water per kilogram of finished product. Approximately 2 – 13 litres in total from plantation to the finished product.

In 2017 South Africa’s paper recycling industry, consumers and collectors kept 1.3 million ton of paper, boxes and liquid packaging out of the landfill. This amount could fill 1,539 Olympic-sized swimming pools. Large amounts of paper still end up in the landfills and are not being recycled, what a shame! Recycling plays a vital role in job creation and poverty alleviation. One ton of recovered paper can save three cubic metres of landfill space.

Marine life is facing decimation from the 13 million tons of plastic waste which ends up in the oceans each year. By 2050, it is estimated that there will be more plastic in the ocean than fish.

In South Africa, printer cartridge waste (toner powder/ink) is considered hazardous and can only be disposed of at an appropriate hazardous landfill site.  This is because toner powder contains volatile organic compounds which have the potential to leach into soil and groundwater, posing a threat to the environment and human health.

Each year more than 60 million kilograms of cartridges are discarded in landfills. For a toner cartridge to fully degrade in a landfill site, it takes between 450 and 1000 years.

The average toner cartridge can be remanufactured more than once. Recycling conserves energy and natural resources.

Have you ever wondered what happens to your much-loved smart device when you no longer have a need for it and toss it in the trash? E-waste is the most rapidly growing waste problem in the world.

Printers and other electronics are classified as electronic waste (e-waste) which must be disposed of at a hazardous landfill site.  As many countries do not have the facilities to appropriately handle e-waste, it is being dumped mostly in developing countries, causing various health issues for the local communities

Depending on use, printers have a lifespan of between three and five years before needing to be replaced. A staggering 28,742,606 tons of e-waste has been thrown out worldwide this year and that number is growing every second according to

South Africa is among the worst e-waste polluters on the continent. According to the e-Waste Association of South Africa (eWasa), each person in South Africa generates about 6.2kg of e-waste each year.

The Department of Environmental Affairs estimates that there is an annual national tally of 360,000 ton of e-waste accumulated in South Africa.

Informal recycling and uncertified e-waste recycling plants have increased over the years making it difficult to keep track of e-waste, which often leads to health risks. Informal processing is a serious health hazard because contaminants such as lead, cadmium, beryllium, mercury and brominated flame retardants (components of e-waste) find their way into landfill sites. They can pollute groundwater and eventually water resources, and as a result, may cause lung and skin diseases, kidney failure and severe hormonal disorders when consumed.

Read more about e-waste being dumped in Africa.

When it comes to the printing environment, reducing your impact on the environment within the workplace isn’t always straightforward, however, there are simple changes you can implement to help you become a Greener Office.

How Technology is Changing the Role of the Copywriter