Skills 2.0 – The Face Of The South African Artisan In The Digital Revolution 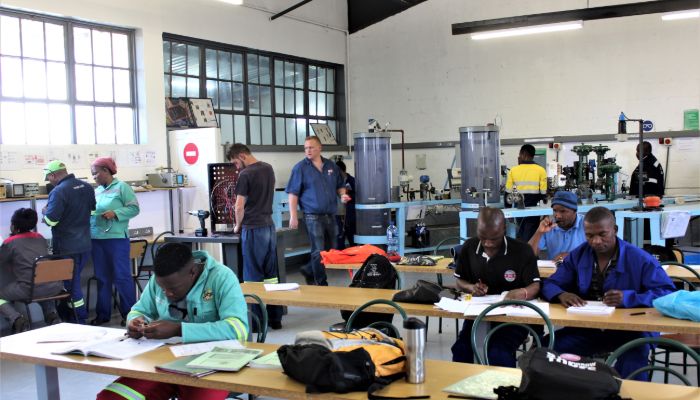 Two industry thought leaders share their views on where skills are heading in the digital revolution and why the engineering fraternity and technical training providers must work together to ensure the sustainability of our skills economy.

Sean Jones, managing director of the Artisan Training Institute (ATI) recalls debates in the 1980s about whether artisans would still be in demand in the new millennium. “This was due to the changing approach at the time of industry replacing faulty machinery, components or equipment, instead of repairing it”.

The contrary was true. Instead of the basic engineering trades becoming obsolete, the South African economy entered levels of unprecedented growth and infrastructure development at the turn of the century, creating an insatiable need for artisans.

“There is tremendous speculation around the integration of existing technologies that will drive the fourth industrial revolution. This relates to cloud computing, integration of automation and data, which naturally will improve efficiencies and allow for more flexible production systems. Such innovations will require a new kind of artisan, but one first has to do a critical stocktake of where we are in terms of skills development in South Africa, currently,” says Jones.

Chris Campbell, CEO of Consulting Engineers South Africa (CESA) says to be ready for the future, we need to hit the pause button. Organisations need to work together to cement the foundation in basic electrical, mechanical and building skills, before leapfrogging artisans into automation.

“In South Africa, a fourth industrial revolution in the artisan field is aspirational at best. We need jobs. We sit in a country with a mix level of skills. People on the upper end of the artisan scale may have such aspirations, but the reality is that 80% to 90% of the population haven’t had the opportunity to learn the basics. We can’t stop the world from turning, but we need to temper how we embrace change and be mindful of the education deficit that exists in South Africa. To this end, we need to bring more people into a level of education where they have access to basic technical skills,” he says.

Both the Artisan Training Institute and CESA believe that collaboration between companies, the education sector and technical training providers is critical to ensure access to foundational technical skills. Campbell refers to a ‘family’ in the skills value chain, which requires engineers, technicians, technologists and artisans to talk to each other to ensure readiness for new waves of technology.

“The skills family is not hierarchical. Unfortunately, society has made it to be hierarchical. We’re partners in this process. Even with my best design on paper, I can’t do anything without people to build it. We’ve spent too much time glamourising the one at the expense of the other,” he continues.

This lesson is critical as we continue the narratives and debates around technology, automation and the so-called fourth industrial revolution, as it will require fresh perspectives, without any doubt.

The 4IR will require that the engineer becomes more innovative and creative to offset the impact of technology on activities that can be automated in the design process. Technicians and technologists will have to be reskilled and the new artisan, who was traditionally responsible for a good concrete finish of a wall, for example, will have to be schooled in concrete technology and repairing 3D printing equipment.

The artisan family would also have to gain a broader understanding of sensors, computerised systems, and electronic operating systems. From a human capital perspective, questions will arise around process efficiency, which will require more team-based approaches.

In the advent of a machine-dominant era, soft skills such as the ability to communicate in an integrated team environment will be critical for both engineers and artisans, says Jones. He refers to a research paper by Angelique Wildschut and Gerard Ralphs at the HSRC which found that sound technical vocabulary, the ability to talk about one’s work and the capacity for self-education, will contribute significantly to what is defined as ‘technical competence’ in the future.

“Eventually, the artisan of the future will become more technician-minded and will need to increase their understanding of automation and process thinking, building on their ability to talk about such processes with team members. However, as technological change sweeps up around us, we also need to take a step back and talk to each other, determining industry’s fundamental skills needs and revisiting the basics in technical skills training,” says Jones.

“If we address the requirement for upskilling among all members of the technical family equally and in close conversation with each other, no one contributor needs to become or feel redundant,” Campbell concludes.

On behalf of CESA

On behalf of ATI

3 Steps to a Sustainable Paperless Environment