Where there’s a will, there may be a way 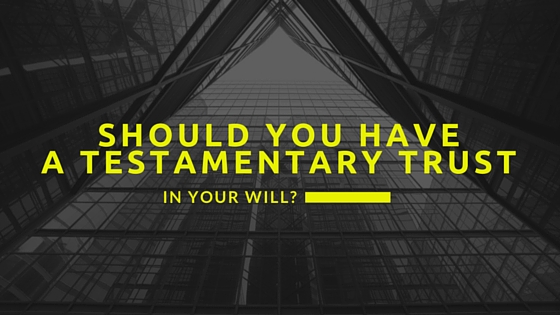 What is a testamentary trust?

It has long been believed that a testamentary trust was a trust deed ‘cast in stone’ with the applicability of the voluntas testatoris servanda est being made equally applicable to testamentary trusts as well as to the other contents of wills.

Until now, the position has seemingly been that a testamentary trust may only be amended through the common law and provisions of section 13 of the Trust Property Control Act (57 of 1988) (“TPCA”) which only allows the court to amend a trust in three specific situations namely, if it (a) hampers the achievement of the objects of the founder; or (b) prejudices the interests of beneficiaries; or (c) is in conflict with the public interest. Therefore, without a court order the Trust would remain unchanged.

Testamentary trusts were seen as testamentary documents which are rigid and unchangeable, clearly depicting the intention of the testator. Authors have written that the testamentary trust is akin to a pot plant whilst an inter vivos trust is more like a plantation, a living and dynamic entity.

However, in Hanekom v Voigt N.O. & Others, the consensual amendment to a trust instrument, accepted by the Master of the High Court, which had its origin as a testamentary trust was found to be valid. This triggered an investigation into, inter alia, the powers of the Master of the High Court in authorising persons to act as trustees in terms of the TPCA. This case shows that the age old maxim might just be true, “where there is a Will, there is a Way [to amend your trust]”.

The appellant together with her three sisters were the original beneficiaries of a testamentary trust created by their late grandfather who died in 1980. In 2001 the beneficiaries and their father, who was the trustee of the trust, entered into a memorandum of agreement amending the trust which provided for, inter alia, the broadening of the class of beneficiaries in the event of one of the sister’s

Since entering into the memorandum of agreement in 2001 the parties had been administering the trust in terms of the 2001 agreement. During 2014 the trust sold its last major asset, being a manor house, to a third party despite the appellant’s (who was one of the sisters and a beneficiary of the trust) attempts at purchasing the property herself.

The appellant approached the court to have the 2001 deed declared invalid and to set aside all decisions of the trust which were not made unanimously. The appellant argued that the Master lacked the power to agree to an amendment of the original deed and that this could only be done by an order of court.

The court held that the Master had performed an administrative act when he authorised the sisters to act as trustees in terms of the 2001 deed and due to the lapse of time, the appellant had forfeited her right to review the Master’s decision, and the consequence flowing from such decision remains regardless of the merits. An appeal to the full bench followed.

The court referred to section 6 of the TPCA which reads “any person whose appointment as trustee in terms of a trust instrument, s7 or Court order… shall act in that capacity only if authorised thereto by the Master”. The court went on to confirm the fundamental distinction between the appointment of a trustee by a written trust deed and by the Master’s authority.

It also held that the Master’s authority presupposes an underlying trust deed, which deed serves as the fons et origo of such authorisation. The court dismissed the appellant’s arguments regarding the freedom of testation and stated that it would be artificial for the trust deed to be treated as nothing but a testamentary document.

It was stated that factual situations, such as the one at hand, call upon “the courts to adopt a realistic and practical approach, and avoid letting the dead hand of the testator rigidly prescribe how the corpus of the trust must be dealt with some 35 years later under completely different circumstances.”

In making this decision the court took cognizance and indeed, highlighted the change in the makeup of the trust’s assets between the 1980 testamentary deed and the 2001 deed together with the discretion which the 1980 trust deed placed on the trustee to terminate the trust. The court furthermore, reiterated the fundamental duty of a trustee to avoid a conflict of interest and held that the conduct of a trustee who wishes to acquire trust property should be measured against the strictest standards. The court therefore stated that, even had the 2001 deed been invalid the daughter could not have exercised her vote in connection with the manor house validly, as this would breach her fiduciary duties.

The court held that the Master could not have authorised the sisters’ appointment as trustees without an underlying trust deed, in this case he must have had the 2001 deed in mind.

Therefore, contrary to what has previously been believed, on a case-by-case factual basis it is now possible for a testamentary trust deed to be amended by the parties thereto. Furthermore, this case also highlights that the Master’s actions are objectionable and should one have a query, they must timeously institute judicial proceedings in accordance with the 180 day period specified in section 7(1) of the Promotion of Administrative Justice Act, 3 of 2000.

Desalination plants: all you need to know.

Find out all about volunteer programs in South Africa.

Find out all you need to know about the fuel price hike this Christmas.