By: Houghton House HEALTH AND WELLNESS 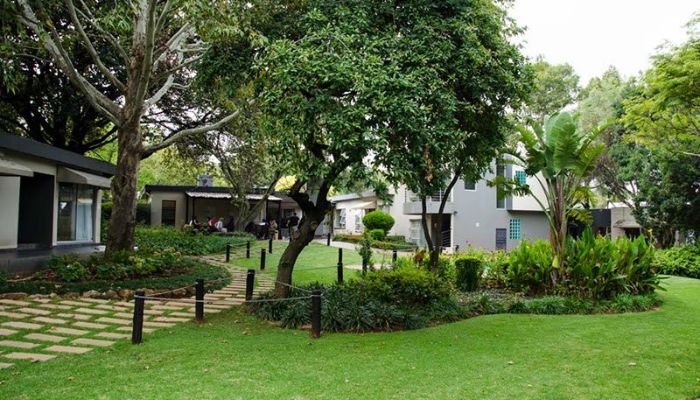 Over two decades of changing lives

With over 22 years Houghton House has grown from its humble beginnings as a Halfway House started by Alex Hamlyn and Russell Unterslak in 1995 to a group of treatment centres and programmes. At the time Alex had only recently moved to South Africa from London and was in the early phases of his own recovery. Over 23 years of active drug addiction Alex managed to abuse every known mind-altering substance including an addiction to heroin that spanned 12 years and resulted in 12 visits to various treatment centres in London. After hitting his final rock bottom he spent sometime with his family in South Africa and fell in love with the recovery fellowship in Johannesburg. What was supposed to be a brief vacation turned out to be the beginning of his own journey of recovery and the beginning of Houghton House. This is The History Of Houghton House Drug Addiction Recovery Centre.

Upon arriving in South Africa Alex quickly connected with the local NA (Narcotics Anonymous) fellowship, as well as with, fellow recovering addict, Russell Unterslak. Together they tried to help newcomers to the fellowship to gain their footing in recovery. In the process, they identified that these newcomers were frequently not well prepared for the adjustment to a life without drugs and alcohol due to a lack of holistic multidisciplinary model treatment centres. Alex had personally experienced the benefits of such models (more formally known as the Minnesota Model); the most widely accepted and successful model of treatment in the UK. Until that point, aside from a single treatment centre in Cape Town, all treatment centres in South Africa were either purely medically oriented or had predominantly correctional or religious underpinnings. In contrast, the Minnesota Model combines the professional medical, psychiatric and psychological approaches alongside counseling by addicts and alcoholics that have themselves managed to transform their lives from active addiction and alcoholism to one of abstinence. In our experience of treating individuals for substance abuse, we have seen continuing evidence of the merits of this holistic treatment model.

Alex and Russell initially started a Halfway House in 1995, which is typically a tertiary treatment option for addicts and alcoholics that have completed either primary or a combination of primary and secondary treatment. However, they soon discovered that new residents that had experienced subpar primary care treatment were less likely to experience subsequent success at the Halfway House. This provided the impetus to establish the original Houghton House primary care programme in 1996. Russell and Alex also discovered a large number of professionals in the field that were similarly frustrated with the state of current treatment centres at the time and who were excited to become involved in this new venture. Carte Blanche featured the treatment centre in one of its programmes in 1996.

When Houghton House opened its doors it was initially treating 3 patients, but this has subsequently grown to a number that now ranges between 65-80 patients across primary, secondary and tertiary treatment centres. When including the individuals treated in outpatient groups the number easily exceeds 100.

At present Houghton House is run by Alex Hamlyn and Dan Wolf (a qualified psychologist and well-recognized authority on the rehabilitation of addicts and alcoholics), when Dan’s secondary treatment program, the GAP (General Addictions Program), was merged with Houghton House.

How to Minimise the Look of Pigmentation

You Don’t Have to Walk the Entrepreneurship Journey Alone