The Dark Side of Female Leadership 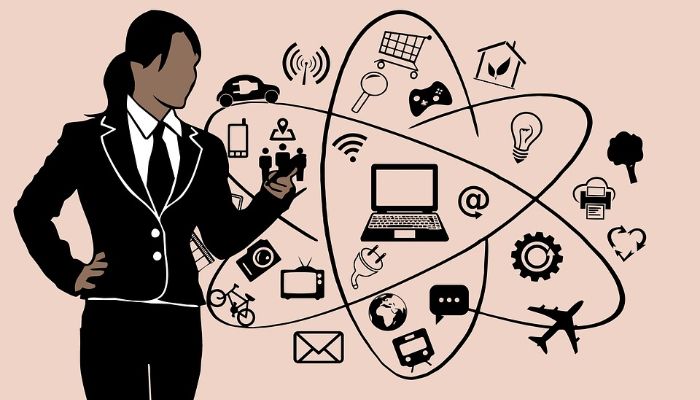 When women become their own worst enemies

Throughout history, we’ve seen women who stood out above the rest. They excelled against all odds in a society or a sector which did not acknowledge their contribution, whether in politics or business. These are arguably tough sectors for any leader to make a difference in and have an impact on, but even more so for these women who often had to navigate the muddy waters of prejudice, stereotyping and even jealousy.

What makes women successful as leaders?
When one considers the Forbes list of the 100 most powerful women, Germany’s Angela Merkel has been the number one for almost a decade – being ousted by Michelle Obama once in 2010. Other names frequenting this list are Melinda Gates, Sheryl Sandberg and Christine Lagarde – all strong women with unique characteristics. Closer to home, some of the names we have come to associate with power and influence would typically be Winnie Madikizela Mandela, Pam Golding, Thuli Madonsela, Wendy Lehabe and Gill Marcus.

In broad strokes the similarities we perceive them to share are certainly some of the following:  courageous, focused, driven, self-confident, assertive, and resilient. Overall, they do not conform to what society dictates, they are passionate about their beliefs, willing to take risks, and they often spearhead social change by speaking up about domestic violence, injustice, and discrimination of any kind and the oppression of minority groups.

Focus on the activities that are energising
Even though most women may not make the Forbes list or the top echelons of multinationals, there is no doubt that they start their careers in business and other professions with the same level of intelligence, education, and commitment as men.

Recent years have seen an increase in women taking up significant leadership roles, perhaps because of the realisation that the familiar glass ceiling is unfair, but also because of an increasingly urgent need for more leaders. What hasn’t changed, however, is the fact that women often get home from work, only to sign-in to a ‘second shift’ of motherhood and homemaking.

According to the Mckinsey quarterly (2008), this double burden of motherhood and management drains energy in a particularly challenging way.

Most people will agree that work-life balance is a myth, especially when you are in a leadership position in an always-on, always-connected work culture. Mckinsey highlights that women’s only hope for survival is to balance their energy flows: in short, they need to focus on the activities that are energising (both at work and at home), and actively managing their resources.

This is probably easier said than done. Countless women will attest to the fact that they are often too tired or occupied to even know what energises them. As a result, they land up being overworked, overstressed, and emotionally overloaded.

The fire-spitting dragon queen
When we are stressed, tired, or distracted, we are at risk of overusing our strengths or operating from the dark side – by being, for example, emotionally volatile, manipulative, distrustful, passive-aggressive, and arrogant. In more everyday terms, we become the cold-hearted ice queen, the colourful drama queen, the manipulative queen of hearts, the adventurous queen of the desert, the meticulous queen bee, or the infamous queen of denial?

Leadership in increasingly virtual, digital and global organisations with progressively diverse, multigenerational and highly educated teams will relentlessly test the resilience and character of women leaders. Leaders have a high level of influence and people generally look up to them. Others see them as role models and mimic their social interaction.

We also know that employee engagement is specifically driven by the quality of the relationship between leaders and followers. It is therefore important that this relationship is defined by aspects such as respect, learning how to debate rather than fight, to not allow emotions to overrule reason, to inspire rather than micro-manage, to display humility, and have a fierce ambition for collective success.

Reputation is Queen!
Women leaders who tend to digress to the dark side when pressured will inevitably end up having a tainted leadership reputation. Such a tainted reputation will (sooner or later) derail the otherwise high-potential, competent and strong leader. Consequently, the wise women leader will manage her reputation very carefully.

Crucial aspects underlying reputation management are self-awareness and self-management. It is impossible to change your reputation if you are not aware of what it is and how it is impacting your leadership influence. A good start is to ask for feedback, truly listen to it, and then act on it with integrity and good judgment.  In doing so, they stand a far better chance to reach their potential and leave an inspiring legacy.