Home  »  Business Schools and Universities • HR ESSENTIALS   »   Rise of the Machine…. and the Critical Need for Uniquely Human Skills
25 Jan
2019

Rise of the Machine…. and the Critical Need for Uniquely Human Skills

By: Red and Yellow Creative School of Business HR ESSENTIALS 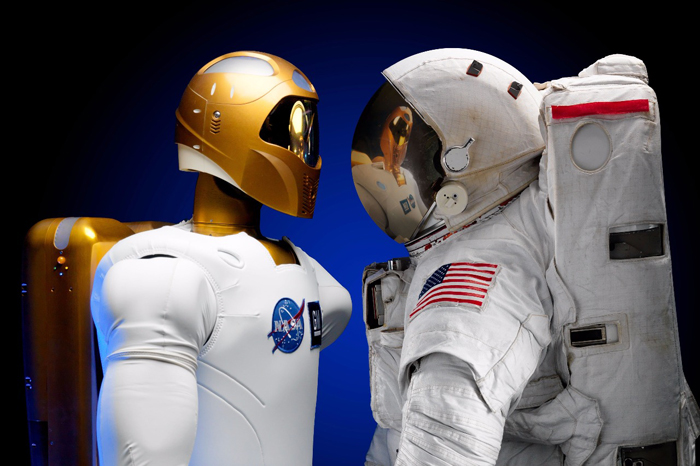 “Uniquely human skills” is a term that’s been thrown around a lot, and for good reason

In our rapidly evolving world, the technological leaps we’re seeing are causing some significant changes in the way the world operates. A lot of people feel like they’re becoming less necessary, but they couldn’t be more wrong. The things that set us apart from machines are exactly what keeps us relevant.

What are they, and why so important for career success in the future?

Ask someone to describe a worker from the 1950s, and chances are they will talk about a smiling man in a suit, carrying a brown briefcase, working 9 to 5 in an office doing the same task, day after day, before coming home to his family. “Corporate drone” used to be something to aspire to, rather than something referred to with derision. People weren’t expected to embrace their own personalities at work; instead, they were required to fit in, do the work, and not complain. In effect, leave your personality at the door.

This is in stark contrast to the ongoing realisation today that, rather than expecting humans to act like robots, we should be pushing them to be even more “human”. This is partly because machine learning allows us to minimise the number of people who need to perform repetitive, routine actions, which means two things:

“Machines are taking our jobs” is a sentence that inspires fear in anyone who still needs to work for a living, but it’s not strictly true. Yes, machines are replacing certain types of job, but many experts believe that automation will create as many jobs as it takes, if not more.

There is a catch. The people who are needed to fill these new jobs require a different skill set, and mindset, than those who could do the same thing over and over, for hours, every day, for years on end. Machines can put together other machines, provide legal advice, do your accounting for you, and even diagnose human ailments, often more accurately than doctors can. They can compute masses of data very quickly, accessing years of learning and data far more quickly and with less margin for error than humans… although their bedside manner leaves a lot to be desired.

But robots can’t join unexpected dots to come up with innovative products or improve existing ones. They can’t understand nuance, sarcasm, or metaphors – which means they’re not great at communicating or interacting at a human level. And they aren’t capable of introspection, which means they have no chance of realising when they’re
being biased or inappropriate.

The idea that machines are superior because they’re entirely objective is a fallacy. Of course, machines can be biased. They run programmes, and those programmes are only objective to a point; it all depends on how they’re programmed and who programmed them.

For example, Amazon set up a recruitment engine that used machine learning to review resumes in an attempt to find the very best applicants. But the AI was trained to filter candidates by observing patterns in resumes submitted to the company over time. Because the tech industry was male-dominated when they initiated the programme, and still is to a large extent, most resumes came from men. The result? the AI learned to penalise applications from women. It took humans a few years to
figure out what had gone wrong, and why. In the end, Amazon halted the
initiative in 2018.

Humans are also subject to bias, of course. But unlike machines, they can innovate, communicate, think critically about their motivations and actions, interpret non-verbal cues, and more. Businesses are learning to embrace diversity and play to individual strengths to get the best out of their staff, and they’re deliberately testing and screening for people with strong human skills above anything else.

A recent study by Google revealed that their most innovative and productive teams weren’t made up of their strongest technical experts or the hyper-intelligent elite. Their greatest teams were those with the best human skills – the ones that could work together to create something new. NASA has picked up on the same idea.

Uniquely human skills have always set the game-changers apart from the rest – they just weren’t recognised as desirable by conventional corporate enterprises. Only now has the preference begun to shift from drones to people who think for themselves, challenge their employers, and rock the boat. Corporates are now hunting for these people because they’ve finally realised the value of people asking “why”, “what if”, and “why not”.

Red & Yellow believes that lifelong learning is the only way to stay ahead of the curve and that uniquely human skills are the strongest weapons against the rise of our robot overlords. We’ve identified 10 essential human skills – creative thinking, critical thinking, persuasion, social intelligence, negotiation, mindfulness, leadership, empathy, conflict resolution, adaptability – that we weave into all of our courses and programmes, to ensure that individuals are future-proofed and have what they need to succeed both now and in an uncertain future.

We give special attention to developing the specific skills that are most appropriate to each respective course or programme. For example, in our Entrepreneurship in Action online course, we focus on creative thinking, negotiation, mindfulness, and adaptability. Whereas in Finance
for non-Financial Managers, we help students to recognise the cognitive biases that influence financial decisions, and how to avoid them by applying critical thinking techniques.

Keen to get going? Then explore our nifty overview of upcoming, career-boosting online courses.

How to “Greenify” Your School!

What is Normal Sleep?

BI is for the Birds