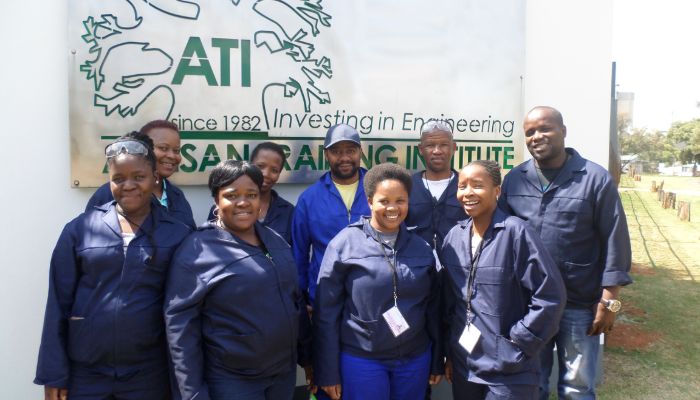 The MasterCard Foundation, in partnership with the Artisan Training Institute (ATI), launched a train-the-trainer programme in 2017 to build the capacity of Technical and Vocational Education & Training (TVET) colleges in South Africa.

This substantial investment in the country’s youth has now drawn to a close culminating in 201 trainers from 19 participating TVET colleges receiving training. The course ran over 1,014 weeks at ATI’s campus in Roodepoort and was paid for by the MasterCard Foundation.

During the project, ATI worked individually with trainers to strengthen and build their existing skill sets, allowing them to return to their colleges as better tutors.

The estimated benefit of the training to the education system is vast and goes far beyond the training of the trainers. An estimated 47,000 learners will indirectly benefit from more proficient technical lecturers, who will be better equipped to provide their students with quality technical skills whilst supporting them towards securing sustainable livelihoods.

“The programme’s impact has been significant,” says Richard Lewis, project lead from ATI. “However, the conclusion of the project also calls attention to critical challenges that hamper the effectiveness of TVET colleges in South Africa”.

What stands in the way of a better TVET landscape? According to Lewis, many lessons were learnt during the two-year period, casting light on why some TVET’s are struggling to produce quality outcomes. “At its core, South African TVET’s are in most instances severely under-resourced,” he says.

During the course of the programme, certain TVET’s were not able to release their trainers, as they simply did not have enough capacity to let them off from work. Other hampering factors were the funds to provide transport for daily commuting to ATI’s training campus, or for the accommodation of trainers whose TVET’s were further afield.

“One of the lessons learnt during the period is that trainers really do need to be qualified artisans – many are not. This will ensure that that they have the essential prior workplace experience to guide learners through practical classroom sessions,” says Lewis.

Another factor to consider in future is gender parity. TVET recruitment processes should seek to recruit more qualified female trainers which will make artisan training more attractive and relatable for women learners.

A further challenge, notes Lewis, was that in many cases, the average number of learners per class were far too high to ensure quality training. These ratios need to be reduced to improve training outcomes.

“Technical trainers have the potential to impact thousands of learners and improve their opportunities for securing employment in artisanal occupations. The current technical proficiency of students graduating from TVET colleges is not high. Technical staff are not able to teach the skills young people need to find work, in part, because the trainers themselves lack access to further education,” says Lewis

The partnership ATI had with the MasterCard Foundation, sought to help address this problem. These insights led to a better understanding of the challenges TVET trainers face in the country,” he concludes.