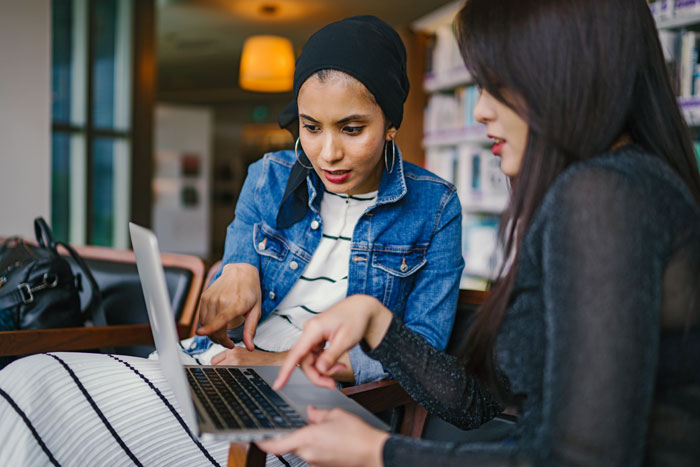 “By investing in women and the civil service, we have the opportunity to accelerate, and secure, Africa’s progress.” – Ellen Johnson Sirleaf

Women have a fundamental role to play in shaping Africa’s future. Research has shown that organisations with a greater proportion of women board members and executives tend to perform better financially, while the International Monetary Fund (IMF) has found that several African countries could add a significant 35% to their economies, on average, by bringing more women into the workplace.

Based on current population growth projections, by 2050, one-quarter of the world’s population will be African, and one in eight people will be an African woman. However, pervasive gender inequality threatens the contribution of women across the continent are able to make in Africa’s economic development.

Barriers to entering the workforce, including a lack of education, skills and experience, as well as social norms around a woman’s place being in the home rather than formally employed, often forces African women into entrepreneurship as they seek a secure source of in¬come to provide for themselves, and their families.

Despite the fact that the continent achieves the highest rate of female entrepreneurship in the world, with 26% of Africa’s female population involved in early-stage entrepreneurship activity, there are a number of gender-based hindrances women face when it comes to sustaining and scaling their businesses over the long term.

Key findings from the World Bank’s recent study ‘Profiting from Parity, Unlocking the Potential of Women’s Businesses in Africa’, finds firms run by women to have profits that are, on average, 34% lower than those run by men; male-owned firms average more than six times the capital investment of female-owned enterprises; average sales are 38% lower in female-owned firms, and enterprises run by men add approximately 38% more value than those run by women.

The study attributes gender bias in the areas of access to finance, wage gaps, constricting legal frameworks, varying levels of education, access to networks and information, confidence/risk preferences and social norms as some of the key factors inhibiting women in business in Africa.

While a lack of education and skills can drive women to entrepreneur¬ship, the same lack of skills and expertise also prevents them from scaling their businesses into innovative, sustainable and profitable start-ups.

In an effort to address some of the fundamental challenges women encounter when running businesses, several African countries are implementing skills development programmes targeted at female entrepreneurs, which are yielding impressive results. For example, an entrepreneurship programme implemented in Togo, focusing on developing soft skills such as resourcefulness, confidence and perseverance, resulting in a 40% increase in profits of female-owned companies.

This example not only illustrates the importance of education and continuous training in nurturing women’s self-empowerment and skills but also the importance of tack¬ling gender inequalities by giving women the tools to overcome the psy¬chological barriers and stereotypes of what female entrepreneurs in Africa are capable of achieving.

Beyond supporting women entrepreneurs to develop the right skillsets and expertise, the World Bank report highlights the need to facilitate access to capital, as well as ensuring that social norms do not act as constraints to growth, as other important areas for the empowerment of female entrepreneurs in Africa.

In spite of these challenges, there are African women blazing a new trail to shape the future of the continent and inspire other women to do the same. Some examples include Ellen Johnson Sirleaf, who was the first democratically elected female head of state in Africa, serving as president of Liberia from 2006-2018; Sahle-Work Zewde, Ethiopia’s first female president elected in 2018; Phuthi Mahanyele-Dabengwa, the first female chief executive for Naspers – the largest company in South Africa with a market capitalisation of around $110 billion; and Nigerian billionaire businesswoman, Folorunso Alakija – one of the richest African women in the world.

Furthermore, the Companies to Inspire Africa 2019 report finds 23% of Africa’s most dynamic and fast-growing companies are led by women, this figure has doubled since 2017.

Not only does female entrepreneurship create significant op¬portunities to address the critical challenge of poverty alleviation in Africa, and the upliftment of local communities within which their businesses operate, it has the potential to transform the conti¬nent itself. The ambition and motivation of African women to be entrepreneurs should be considered an invaluable resource in the development of Africa, but will only be realised through the creation of a more favourable business environment, and increased support from international organisations, governments and the private sector.

By Liezl Rees, Head of the Centre for African Business (CAB) at the Johannesburg Business School, University of Johannesburg, and Nikitta Hahn, a researcher for the CAB.

The JBS is running The Women Entrepreneurship and Leadership for Africa Programme (WELA), in partnership with the China Europe International Business School (CEIBS), in November 2019. This programme focuses on the key issues, challenges and opportunities women face in creating, managing and leading companies in Africa, through the exchange of best practices and experiences, strategy development and skills building, within the context of women’s economic development issues and priorities. It includes a learning immersion in Shanghai, to expose attendees to leading organisations in China.