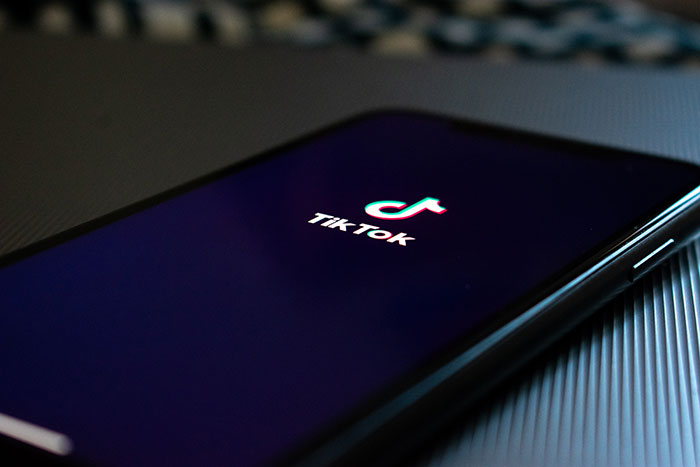 If you’re over 19 (and you are because you’re reading an article about intellectual property) there’s a good chance that to you “TikTok” is the sound that a clock makes, even though in this case it’s been written by someone who can’t spell. But for younger people, the term has a different meaning altogether. TikTok is an app loved by millions of teenagers, and it’s been described as a “social network for amateur music videos.” TikTok hasn’t been around that long. It started in China in 2016 and it went global in 2017. TikTok is intelligent in that artificial way, so it can apparently tell you what videos you’ll enjoy (which, at least some people, would end up liking for that very reason).

In a recent article published in World Trademark Review, most TikTok influencers are at risk of brand infringement, and are urged to consider trade mark registration. The app is described as a “global phenomenon” that has more than 600-million users. Yet, the service’s “most popular content creators, many of whom are expected to make millions of dollars a year in advertising, sponsorship and merchandising, have not taken any steps to protect their brand assets.”

That is the aspect we would like to concentrate on, the fact that these young superstars simply haven’t bothered to register their IP. Notwithstanding the fact that many of them have truly massive followings. Take 17-year old singer Loren Gray (who has some 40-million followers), who has already partnered with major brands like Chipotle, and is now able to charge as much as USD197 000 for a promotional post. Other TikTok content creators with huge followings include Charli D’Amelio, Baby Ariel, Riyaz Afreen and Jacob Sartorius. Even four-legged celebrities do OK for themselves: Jiffpom the Pomeranian “petfluencer” apparently has some 10-million Instagram followers and can apparently earn as much as ZAR550 000 per promotional post. That’s good money by any dog’s standards!

On to the IP. An IP lawyer is quoted in the article as saying that “any TikTok influencer who has had sustained followers and attracted viral view numbers to at least a few videos should consider the name that they have adopted for their TikTok platform as an asset ripe for protection as a multi-category brand.” That’s basically another way of saying that if you have a big following you should register your name as a trade mark in a whole lot of trade mark classes (categories). It is suggested in the article, that TikTok content creators are failing to protect their names as trade marks for various reasons: cost, ignorance and lack of business experience. Perhaps, it is simply that some TikTok content creators naively (and incorrectly) believe that a social media handle is protection in itself.

The article suggests that TikTok content creators should follow the lead of entertainment and sporting celebrities, who often start off by protecting their names as trade marks in categories such as entertainment and sporting services and audio-visual recordings. This is sound advice. But an astute entertainment or sporting celebrity will often go much further than this. They understand the value of protecting their “personality characteristics” (name, nickname, image and signature) as trade marks not only to better protect them, but also to have greater control over the way in which they can generate income from their use. These personality characteristics are valuable assets to celebrities, influencers and most certainly to TikTokkers.

The TikTok content creators – and generally those carving out a role for themselves as influencers – would do well to follow the example of astute celebrities. But that, of course, involves moving quickly. Fame is fleeting. And the opportunity clock goes TikTok!

Apex Industries joins Equal by 30 Campaign and Commits to Equal Pay, Leadership and Opportunities for Women in the Energy Sector

SANAS R47-03 and its Impact on Measured Entities