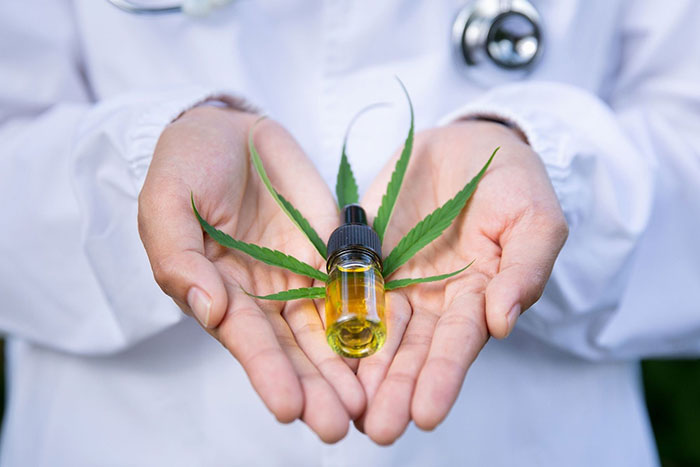 Commonly known as CBD, cannabidiol was discovered in the 1940s

It’s one of the 113 known cannabinoids found in the cannabis plant and constitutes up to 40% of its extract.

Due to its association with marijuana – a high-THC (tetrahydrocannabinol) variety of cannabis – many believe that using CBD hemp oil will induce a ‘high’. This is not the case, as it does not contain THC, which is the main psychoactive in the cannabis plant and the cause of the ‘high’. CBD hemp oil is made through the process of extraction, whereby a hemp plant (a high-CBD variety of cannabis) is soaked in a solvent. An example of such a solvent could be grain alcohol. The hemp is soaked in the solvent for a few minutes, and the CBD and other cannabinoids are left in the form of a thin liquid. At this point, the liquid is ready to be evaporated – leaving behind the CBD hemp oil, which can be consumed or applied topically. It’s important to note the difference between CBD hemp oil and hemp seed oil, which does not require an extraction process or contain the CBD cannabinoid. Adding to the confusion is the fact that CBD oil can also be made from marijuana. While hemp-derived CBD oil typically contains high concentrations of CBD, its THC content does not exceed the legal 0.3% limit. Marijuana-derived oil (commonly known as cannabis oil), on the other hand, is sourced from selectively bred high-CBD strains, and contains significant amounts of THC (ranging between 5% and 30%). While cannabis oil is considered a ‘prescription’ medication, CBD hemp oil is seen as a dietary supplement and sold legally over the counter at health shops and pharmacies.

Multiple and ongoing studies of CBD products are revealing the cannabinoid to have multiple uses and benefits for health and overall quality of life.

While marijuana has been used for pain relief for a number of years, CBD has recently been recognised as an impressive pain reliever in its own right. In fact, it has been found that the CBD is actually the component of marijuana that decreases pain levels. The body produces endocannabinoids (ECS) – neurotransmitters that bind with the cannabinoid receptors in the nervous system and are involved in the regulation of multiple functions, including sleep, appetite, pain and immune response.

Numerous studies have shown CBD to reduce both anxiety and depression. Many of the allopathic medications used in the treatment of mental illness have demonstrated multiple side effects, including drowsiness, agitation, insomnia, sexual dysfunction and headaches, to name a few. Although they can be effective in certain cases, many people suffering from anxiety and depression have turned to CBD oils and other CBD products in an attempt to pursue a more natural way of healing. Due to its ability to bind with receptors in the brain in a way that causes very few side effects, CBD is regarded by many as both a healthier and more effective way of reducing and treating anxiety, depression and other mental health disorders.

CBD products are also used to reduce the symptoms of cancer and help alleviate the side effects of cancer treatment, such as nausea, fatigue and pain. While a few animal studies suggest that CBD may have anticancer properties and researchers suggest that these may transfer to humans, more experimentation is necessary in this regard.

Some studies have revealed CBD to treat or improve acne, thanks to its anti-inflammatory and sebum-reducing properties.

Researchers believe that CBD’s ability to act and bind with endocannabinoids and interact with other brain-signalling systems may indicate benefits for those suffering from neurological disorders such as epilepsy or multiple sclerosis. While still in its infancy, research regarding this treatment is showing positive results.

CBD hemp oil and other CBD products have also proven beneficial to heart health and the treatment of heart-related illnesses. CBD’s ability to decrease blood pressure could be attributed to its stress-reducing and anti-anxiety properties.

While cannabis products are not yet completely legal in South Africa, CBD hemp oil has been granted full legal status as of May this year. Anyone in South Africa is now legally able to sell products containing CBD for medicinal or dietary purposes. Although CBD hemp oil is not psychoactive, conditions have been set with regards to its use. The first states that no more than 20 mg may be used per person per day. The second is that CBD products may not be advertised as a cure for any specific condition, but rather as an aid to overall health maintenance and wellbeing.

That said, the future of CBD remains promising. Ongoing research and awareness backed by institutions the likes of the National Cancer Institute, Harvard Medical School, Medical News Today and many others coupled with ever increasing interest from the public is sure to see the humble cannabinoid reach a high of its own.