A Celebration of Africa’s Renaissance 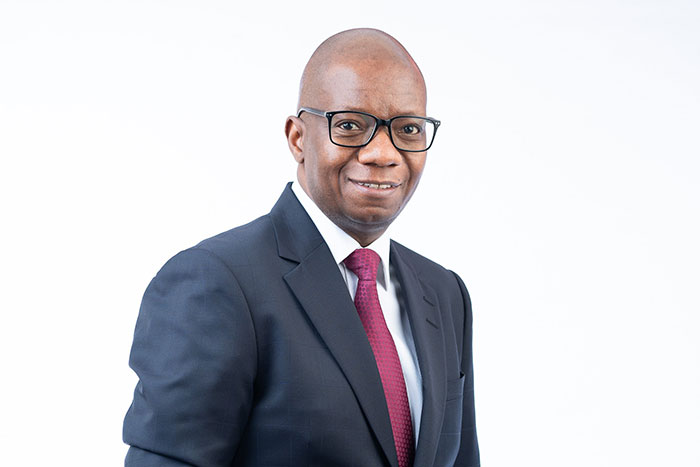 The Africa of Kwame Nkrumah

The African continent is unique in many respects, be it the diversity in people and languages of the 55 countries that make her up, a history of colonisation largely by the British, Portuguese, French, Spanish, and Belgians, having huge endowments of the world’s largest deposits of mineral resources and plant material, and undisputedly the most youthful continent in terms of population. What makes Africa even more unique is the fact that despite the huge challenges she has faced, she has never given any hope of rising and refuses to be relegated to a hopeless continent. I guess the dreams and visions of the founding fathers of the Organisation for African Unity (the forerunner of the African Union) back in 1963, the likes of Kwame Nkrumah had for Africa, are our saving grace.

As we celebrate yet another Africa Day this 25th May 2021, I believe in the possibility of an industrialised continent with steelworks, iron foundries and factories, an Africa that can feed the malnourished and rid her people of disease and parasite. And an Africa that harnesses the possibilities of science, technology, and innovation for industrial development to provide employment opportunities for her working population. Much remains to be done to attain the vision of our founding fathers. The development of Africa has been uneven, and today, Africa accounts for 33 of the Least Developed Countries in the world. In essence, 60% of the 55 countries making up the continent. Although the picture looks grim, particularly within the context of the glaring disparity between Africa and the rest of the world, revealed by the Covid-19 pandemic and the scramble for vaccines, the future of Africa is bright for at least the following five reasons:

1.       Youthful population: Whereas the rest of the world is ageing, and will continue to do so well into 2050, Africa, whose population comprises 70% under the age of 35. And will continue to have a higher share of youth globally for the foreseeable future, being the most youthful population will into the next three decades, the period in which it took countries like South Korea to lift themselves out of poverty. The difference with Africa is that it will take far less period because of several factors, some of which I will outline below. Africa’s youth will provide the global workforce and their ability to attain a better education and work with technology and innovation like no generation before them in Africa will help to uplift the African continent. Africa will have the largest share of the working population of any continent. Author Ruchir Sharma in his book The 10 Rules of Successful Nations, states that “the greater the share of population that is employed and saving money, the greater the pool of capital, which can be used to invest in ways that raise productivity.” For this reason, it is imperative for Africa to create employment opportunities for her youth so that they may be part of the rebuilding of the African continent, amid the rest of the world experiencing an ageing population, or else the demographic dividend will become a curse.

2.       Innovation: Africa’s youth embrace innovation and technology, as evidenced by the growth in tech-enabled start-ups focused on providing solutions in commerce, health, agriculture, energy, financial inclusion, and education. The sectorial areas are evidence of Africans taking the continent’s most pressing challenges with the vision to build a better continent. Despite the lack of financial inclusion for most Africans, the embracing of mobile and other technologies has seen the rise of mobile money, with Sub-Saharan Africa having the largest share of mobile money accounts. Illustrating an ability to pivot to enable financial transactions, with products such as MPESA and many others made in Africa by Africans for African consumption. A recent report by Briter Bridges shows increased investments in African start-ups and tech businesses, with much of the activities being in Nigeria, South Africa, Kenya, Egypt, Ghana, Tunisia, Morocco, and Uganda. What has also been encouraging has been the increased participation of Africans in diaspora in the continents growing innovation and entrepreneurship ecosystem, and participation of global VCs looking for opportunity. Many successful African founders in the diaspora are starting to invest back into home ecosystems and supporting earlier-stage entrepreneurs. This is true to the African spirit of Ubuntu – I am because you are. The growth in the number of hubs, incubators and accelerators supporting African innovations is something to be welcomed – and we need to now increase our investment in research and development (R&D) to spur more African innovations.

3.       Infrastructure and Globalisation: Whereas Africa was not a noticeable participant in the first, second and third industrial revolutions. Africa has demonstrated her desire to be part of the fourth industrial revolution – globalization and digitisation are opening so many possibilities for African to be part of a global trading system. There is no other time in history that an African child can attain education globally from within the comfort of their home than before. Knowledge is now more readily accessible than ever before. Africa’s youthful population is more readily attuned to being part of the rest of the world. Whereas in the past, there has been a brain drain from Africa, with many of her talented people migrating abroad to more developed countries, the Africans in the diaspora are no longer lost to the continent but have more means to connect back to their homelands and be part of the rebuilding.

The World Bank has reported that remittances or money sent by migrants to families back home in sub-Sahara Africa was recorded as being US$48 billion in 2019, surpassing foreign direct investment and official development aid. It is my belief that many Africans that emigrated many years ago, and their offspring, some of whom have never been to Africa, wish to see a better Africa and want to connect with their roots and contribute to Africa taking its rightful place as a respected partner in global affairs. Through better-structured remittances, Africa could fund the building of her own infrastructure.

The last decade has seen increased infrastructure build in many countries in Africa, with highways and rail connecting countries to ports, producers to markets, and improving the quality of life of Africans. Although the infrastructure funding gap continues to be significant, at a staggering funding deficit of US$68-108 billion (pre-Covid estimates). This is likely to be worsened by unbudgeted spending to combat the impact of Covid-19 pandemic, coupled with increased public debt given the shift from concessional funding to medium-long term loans. However, what is enlightening is the better planning and foresight on the delivery of infrastructure in the continent one sees in various countries in Africa. This is a key aspect of the African Union Agenda 2063. The core of broadband infrastructure in many countries is in place enabled by undersea cables on the Atlantic and Indian oceans sides of the continent. Once many of the countries implement the last mile connections, the high speed and affordable internet connectivity are set to spur innovation amongst Africa’s burgeoning innovation and start-up ecosystems. Although much of Africa remains in the dark, without electricity, the availability of more affordable renewable energy options today than in the past coupled with Africa’s suitable conditions, particularly for solar energy, offers more hope for a brighter better-lit continent. One that may be kinder to the environment than had investments been made into fossil-fuel powered power stations.

4.       AFCFTA:  The Agreement establishing the African Continental Free Trade Area creates the largest free trading area in the world, in terms of participating countries. AfCFTA also offers huge opportunities of increasing intra-Africa trade, boosting industrialization, and opening up many possibilities for Africans to seamlessly connect and trade with each other. This, in part, brings Africa closer to the realization of the vision espoused by Kwame Nkrumah when he stated, “It is clear that we must find an African solution to our problems, and that this can only be found in African unity. Divided we are weak; united, Africa could become one of the greatest forces for good in the world.”

The above are just but few reasons why I believe in Africa and the many possibilities that she offers not only for herself and her people but to the world. The Bigen Group celebrates 50 years of doing business in South Africa and several countries in Africa. Being an infrastructure development activist, focused on delivering the best infrastructure solutions to enable Africa’s renaissance. Bigen has committed to partnering with local firms, contractors, and various governments in Africa to deliver engineering and infrastructure in sectors that include water and sanitation, energy, affordable housing, transport and logistics, and healthcare, anchored by development advisory and impact. Other than South Africa, Bigen has a footprint in Botswana, Ghana, Mauritius, Zambia, Mozambique, Kenya, Tanzania, Lesotho, Eswatini, Rwanda, Namibia, but to name a few countries. In living its motto of Doing Good While Doing Business, Bigen has committed to being part of Africa’s renaissance and beautiful story. Africa is alive with possibilities. This year as we celebrate yet another Africa Day, I am also reminded of the words of my friend Prof Tshilidzi Marwala who said, “The African narrative is rarely indicative of what the continent really has to offer. It is often poverty, famine, disease and conflict that take centre stage. My qualm is that we have other tales to tell that resound with hope and resilience. I want to hear about the capability, the progress and the innovation that certainly exist. I want to hear the truth that we are not the hopeless continent narrative. “It is my hope that we recommit to her development and affirm her majesty.

Did Covid Provide Opportunity for the Retail Sector to Redefine the Space?

Sustainably Transforming Spaces, Places and the Economy Through Mobility

Getting Nosy About the Breath

The Journey of Adaptation and Disruption in a Digital Age