Renewables-dominated Power System the most Cost-competitive for SA 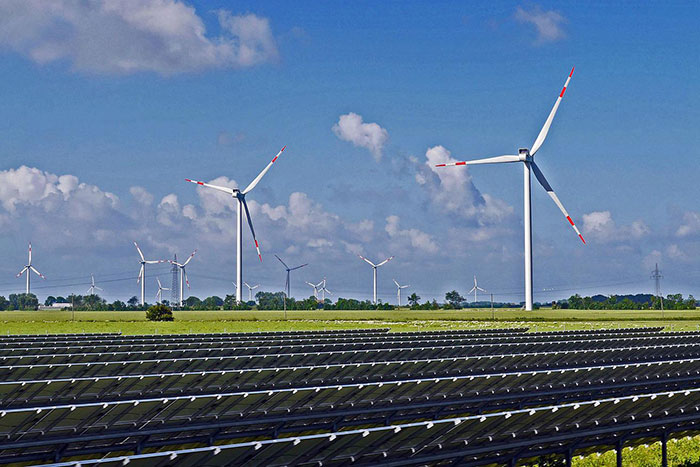 As the world moves towards reducing global carbon dioxide (CO2) emissions to net-zero by 2050, recent research has revealed that a local power system that is dominated by renewables – most notably solar – will be the most cost-competitive energy solution for South Africa

With a growing number of countries announcing pledges to achieve net-zero emissions over the coming decades and limit the increase in average global temperatures to 1.5 °C, a recent report by the International Energy Agency (IEA), Net Zero by 2050: A Roadmap for the Global Energy Sector, believes this will hinge on an unprecedented clean technology push to 2030 and beyond.

Outlining a viable pathway to building a global energy sector with net-zero emissions by 2050, the IEA states that the ‘immediate and massive’ deployment of all available clean and efficient energy technologies is the key to reducing emissions from electricity supply.

The pathway calls for annual additions of solar photovoltaic (solar PV) installations to reach 630 gigawatts (GW) by 2030 – the equivalent of installing the world’s current largest solar park roughly every day.

Should this rate of solar PV installation be achieved, almost 90% of electricity generation will come from renewable sources by 2030, with solar becoming the world’s single largest source of total energy supply.

A R3-trillion pricetag to net zero

While a signatory to the United Nations Framework Convention on Climate Change (UNFCCC), and to the Paris Agreement, South Africa has yet to formally commit to the global net-zero target.

However, it is expected to officially agree to reaching the target net-zero emissions when tabling its revised Nationally Determined Contribution to the UNFCCC in November 2021.

According to research by the National Business Initiative (NBI), transitioning South Africa’s power system to net zero would require the deployment of 150 GW of wind and solar capacity by 2050 –almost four times the current total capacity of South Africa’s coal power plants.

This would require an investment of some R3-trillion within the next 30 years, requiring significant expansion and upgrade to the transmission and distribution infrastructure, the NBI outlines in its report Decarbonising South Africa’s Power System.

Notwithstanding this rather jarring figure, experts have asserted that a local power system dominated by renewables will be the most cost-competitive energy solution for South Africa by 2050.

South Africa’s complementary wind and solar resources are among the best renewable energy resources in the world, available on vast amounts of undeveloped land.

In addition, the transformation of South Africa’s power system from a primarily coal-based energy system could result in net-positive job creation, should South Africa successfully localise elements of the renewable energy value chain and effectively reskill the workforce, states the report.

“By leveraging its world-class renewable energy sources, South Africa can fully decarbonise its power sector, while unlocking the opportunity to stimulate economic growth and job creation,” asserts the NBI.

Despite South Africa’s abundant wind and solar energy resources, less than 6% of electricity is currently generated by renewables, with over 80% of local power generated by coal-powered plants.

“To reach net zero by 2050, South Africa would need to speed up the deployment of renewable energy capacity; at least 4 GW of renewables will need to be installed every year – roughly ten times the current pace of new builds,” the report reads.

The NBI has indicated that South Africa’s private sector would support a level of ambition that would see the country committing to a range of CO2 emissions of between 350–370 Mt by 2030.

While a future national energy system driven primarily by renewables may be South Africa’s most cost-competitive energy solution, without careful planning and new investments, this transition may put employment and value chains at risk in the short-term, and exacerbate current socioeconomic challenges.

South Africa is highly vulnerable to the impacts of climate change and will need significant international support to transition its economy and to decarbonise, the NBI asserts in its report.

Access to international green finance is essential in funding this journey and ensuring the competitive cost of capital, with the IEA indicating that government policies need to be designed to send market signals that unlock new business models and mobilise private spending.

Moreover, existing capital will need to be redirected towards clean energy technologies and a substantial increase will be required in overall energy investment. To achieve this, government will need to place energy research, development and deployment at the core of energy and climate policy, says the IEA.

“The imperative is clear: South Africa must decarbonise its economy in the next three decades and transform it into a low-carbon, climate-resilient, and innovative economy.

“This transition also needs to take place in a manner that is just and simultaneously addresses inequality, poverty and unemployment to ensure that no-one is left behind and that our future economy is also socially resilient and inclusive,” reads the NBI report.

As years of mismanagement at energy utility Eskom results in continued power outages and South Africa moves to commit to a net-zero energy future, domestic businesses are increasingly looking to renewable energy alternatives to power their commercial operations.

Perhaps the most favoured alternative to state-supplied power, rooftop solar PV systems are progressively being considered the most readily accessible off-grid energy solution in South Africa.

The first company in South Africa to offer solar financing through power-purchase agreements (PPAs), SolarAfrica’s solution enables business owners to reduce their monthly electricity costs by up to 40% and become more sustainable organisations, without having to pay any upfront capital.

This allows business owners to enjoy the benefits of clean energy from a solar PV system installed at their premises, at no upfront cost.

“With a commitment to sustainable development, SolarAfrica will remain innovative leaders in renewable energy developments, with a focus on impact investing and a keen interest in proactive environmental, health and safety management. To this end, we intend to work together with all our stakeholders to contribute to the global net-zero goal,” says SolarAfrica Compliance Manager Karen Potgieter.